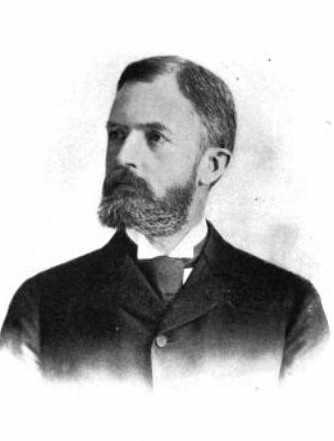 Allen on board of directors of Mantua Land Improvement Company. He also laid out plan of streets and is sometimes called the father of standard time in the US.

On page 3 on the the newsletter linked below shows that Milton Webb credited Allen with laying out the streets of Wenonah.
http://wenonahhistoricalsociety.org/sites/default/files/WHS%20Newslatter...

The role of William Frederick Allen in getting the US to adopt 4 time zones to cover the whole country from the link below the text.

United States
One of the first reported incidents which brought about a change in how time was organised on railways in the United States occurred in New England in August 1853. Two trains heading towards each other on the same track collided as the train guards had different times set on their watches, resulting in the death of 14 passengers. Railway schedules were co-ordinated in New England shortly after this incident[15] Numerous other collisions led to the setting up of the General Time Convention, a committee of railway companies to agree on scheduling.[16]

In 1870 Charles F. Dowd, who was unconnected with the railway movement or civil authorities, proposed A System of National Times for Railroads, which involved a single time for railways but the keeping of local times for towns. Although this did not find favour with railway managers, in 1881 they agreed for the idea to be investigated by William Frederick Allen, Secretary of the General Time Convention and Managing Editor of the Travellers' Official Guide to the Railways. He proposed replacing the 50 different railway times with five time zones. He eventually persuaded the railway managers and the politicians running the cities that had several railway stations that it was in their interests to speedily adopt his simpler proposals, which aligned the zones with cities' railroad stations. In doing so they would pre-empt the imposition of more costly and cumbersome arrangements by different state legislators and the naval authorities, both of whom favoured retention of local times.[16]

Right to the end there was opposition expressed by many smaller towns and cities to the imposition of railway time. For example, in Indianapolis the report in the daily Sentinel for 17 November 1883 protested that people would have to "eat sleep work ... and marry by railroad time".[17] However, with the support of nearly all railway companies, most cities and influential observatories such as Yale and Harvard, this collaborative approach led to standard railway time being introduced at noon on 18 November 1883. This consensus held and was incorporated into federal law only in 1918.[16][18][19]

In Union Station in Washington, DC there is a plaque erected to the memory of William Frederick Allen.