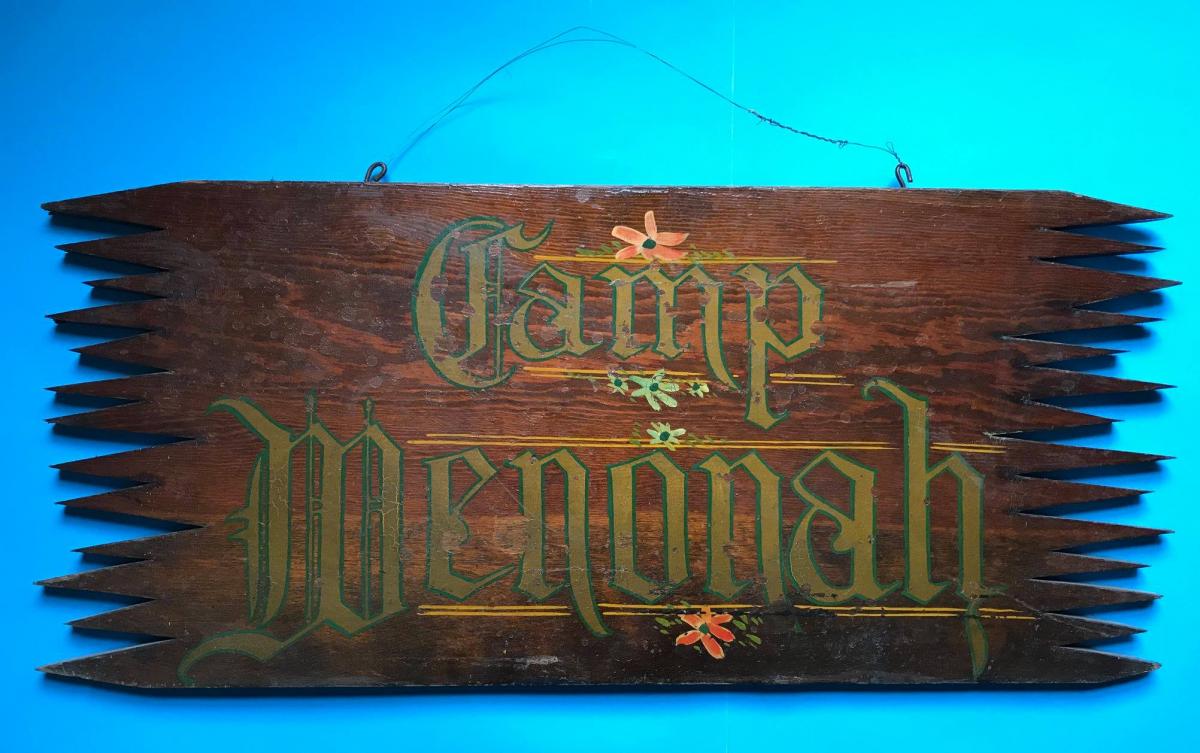 Kathryn MacGregor, daughter of former Camp Wenonah owner and operator Captain David C. Knight, donated several items from Camp Wenonah, including this sign. The camp was located in Poyntelle, PA along the shore of Lake Poyntelle.

For the summer of 1936 the camp was accepting 60 boys. Every five boys would have one councilor. All councilors would be college students.