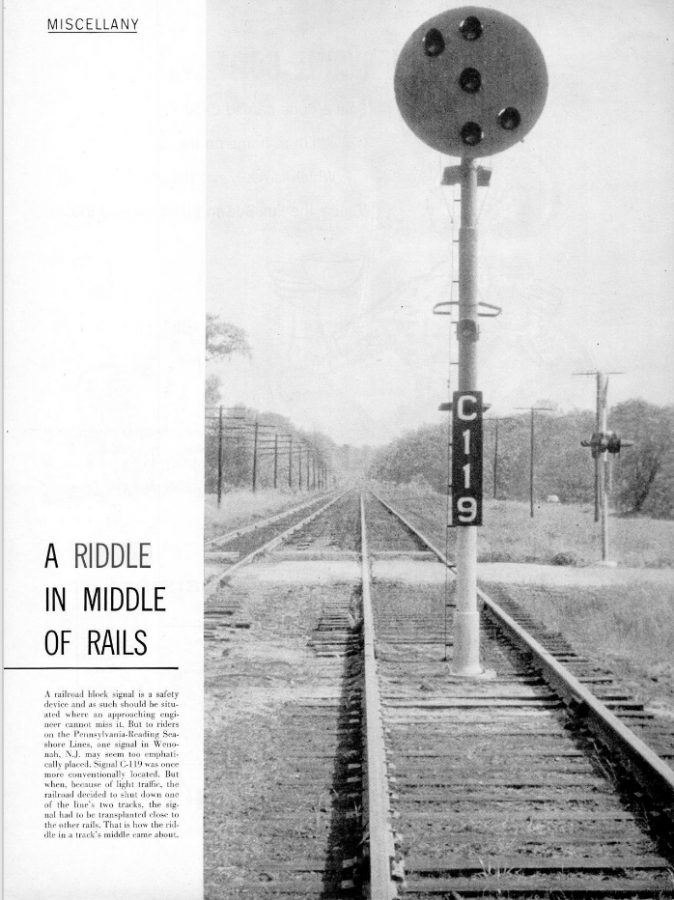 Looking south toward Sewell From Willow St? - The picture was taken by Dave Wilson.

Jeff Wentzell
Does anyone know, or remember when the second set of tracks were removed? I would like to narrow it down to month and year. Thanks.

John Leonardo Contarino
In Wenonah? I walked the tracks on a regular basis from the trestle to the railroad crossing near Wenonah Lake throughout the '70s - '80s and there was only a single track. I suppose the answer would be connected to when passenger service stopped and that railway was
converted to solely transporting goods.

John Leonardo Contarino
Ah it being buried would explain why I didn't see it. Interesting ...

Gary Campbell
I think it was more buried but I believe it was after a few good rain storms you could see it if you remember when it would rain hard water would be a long side of the tracks.

Jeff WentzellAuthor
I think I spoke with you about this before. I thought they were torn up sometime between 1965-69. Now I'm thinking it was earlier, perhaps '59-'62? I want to find the picture that was in Life Magazine.

Jeff WentzellAuthor
Bob Thomas I bet you know too.

Dave Brangan
Jeff Wentzell Going on my memory only, I would say 59-52. Definitely not 65-69. There must be records somewhere.

Dave Brangan
Oh boy. Good question. One for the books.

Alan Thomas
If I were to guess I’d say somewhere in the mid 40’s.

Larry Smith
This excerpt from the November 2008 WHS Newsletter suggests the 1960's: "In spite of statistics such as these the DRPA and other agencies are proposing putting trains back on the tracks, the very same tracks where they took them from in the 1960’s due …See More

Alan Thomas
Pretty sure they own 40 feet on both sides of the tracks.

Larry Smith
Sounds like 1956 may be the year. From railroad.net:
" #1508882 by BobfromPitman
Sat May 18, 2019 10:33 am
Life magazine dated August 27, 1956 page 136 shows a full page picture of a Pennsylvania signal placed in the middle of one of the railroad tracks. The picture was taken by Dave Wilson.
The writing at the lower left says: "A RIDDLE IN MIDDLE OF RAILS", "A railroad block signal is a safety device and as such should be situated where an approaching engineer cannot miss it. But to riders on the Pennsylvania Reading Seashore Lines, one signal in Wenonah, N.J. may seem too emphatically placed. Signal C-119 was once more conventionally located. But when, because of light traffic, the railroad decided to shut down one of the lines two tracks, the signal had to be transplanted close to the other rails. That is how the riddle in a track's middle came about.""

Bob Thomas
It is all well and good to talk about a picture -- but isn't it simpler to share it? Dont fret if ever you should begin to think that LIFE has passed you by -- you can peruse those old LIFE magazines at this link. https://books.google.com/books/about/LIFE.html