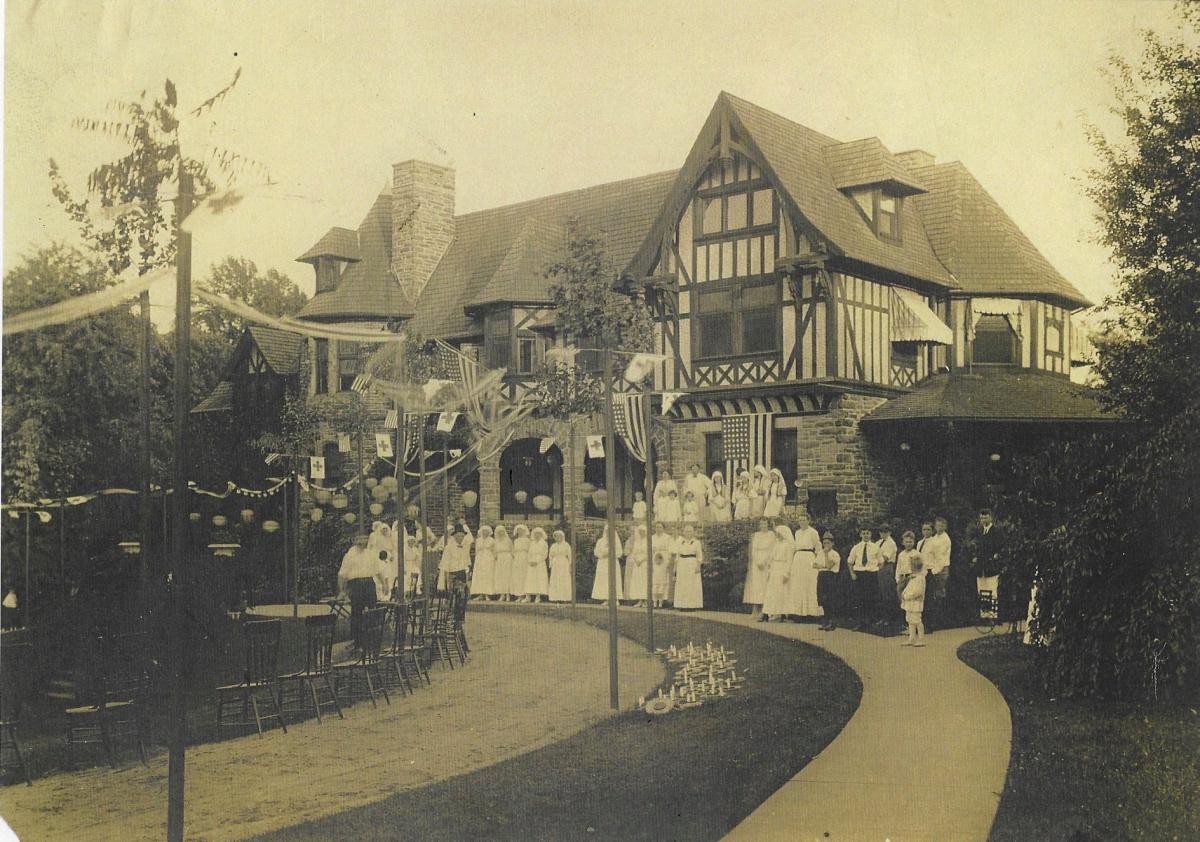 Larry Smith wrote:
Edward Lincoln Farr was one of the founding fathers of Wenonah. He was also the chairman of the local chapter of the Red Cross. His home "Littlegrange" was the site of many fundraisers for the organization. This photo shows a fundraiser that was held in August 1917 during World War I.

Vicki Lou McCall wrote:
The front area inside the driveway was/is known as "Hollow Hill" and here is a photo of the fundraiser held there for our soldiers overseas, specifically to raise money for gauze and bandages (per County Historical Society File of Photo). The chairs are positioned facing Hollow Hill in the photograph. The County Historical Society had this when Milton Webb, past town historian (and then some) gave a copy to us when invited for Christmas dinner about two decades ago. Edward Farr also started Cooper Hospital in honor of his first wife (See also the 1940 Book on the Coopers by Alfred Cooper) prior to this-- and back then most nurses were red cross nurses. (-Of course E.L. Farr was also involved in many other activities, (Union League, President of Camden Bank and Trust after President of Farr and Bailey Oil cloth) including in town- such as the Financial Manager of the Wenonah School --for decades.) Then there's the Wenonah Library, etc. etc...

John Benjamin wrote:
Our Mother Bertha Farr was born in May 1917 in this house.