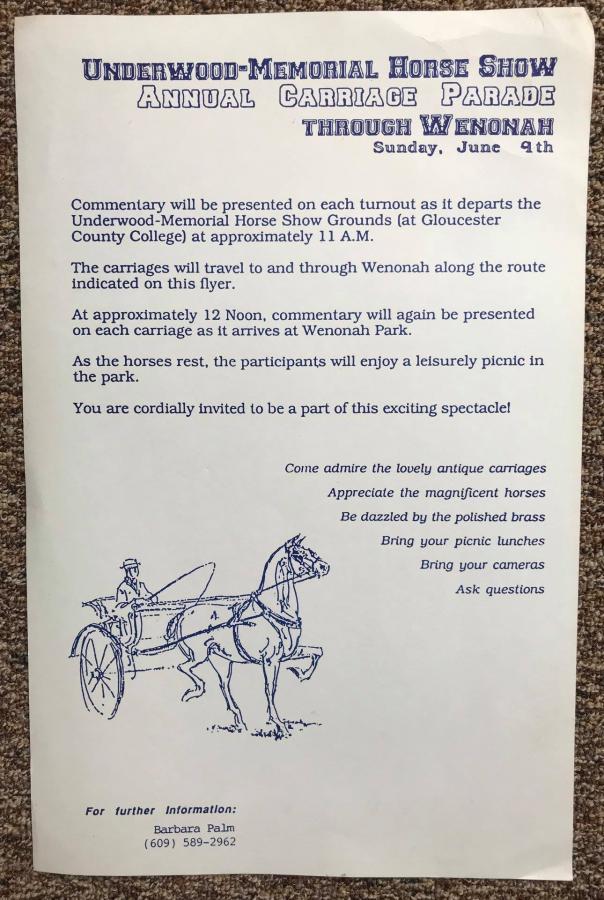 This poster was included in the donation received from John and Melissa Lock. Anyone remember what year the parade came through Wenonah?

A letter from the Underwood Memorial Hospital Horse Show and Fair Committee was read at the September 13, 1985 meeting of the Wenonah Historical Society thanking the Society for its help in making the fair a success.

Therefore, the parade came through Wenonah in 1985. (I confirmed that June 9, 1985 was a Sunday as noted on the poster.)

It turns out there were at least two carriage parades that came through Wenonah. One on June 9, 1985 and one on June 7, 1992. Here's a newsletter for the 1992 parade. Click on the link to the PDF below to read the multi-page newsletter.