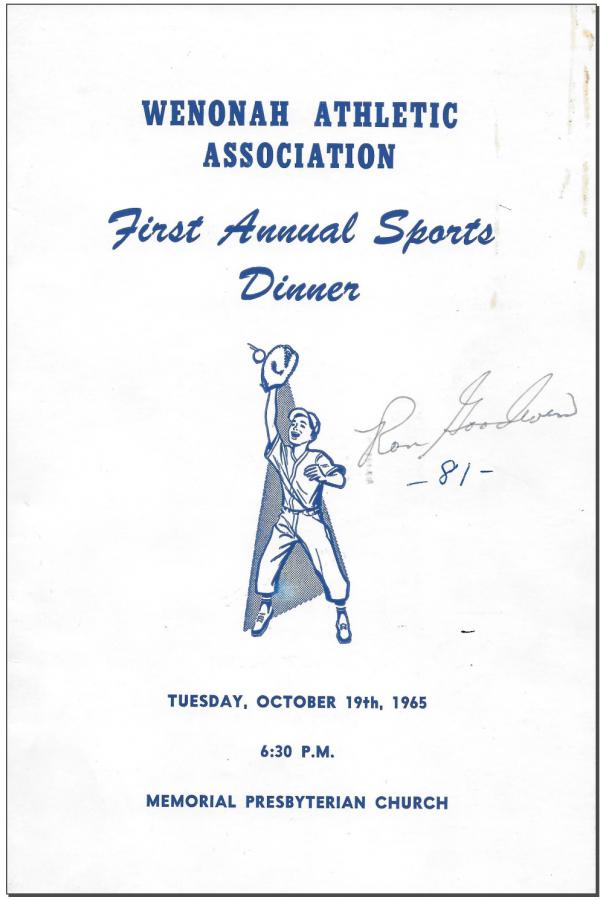 Larry Smith wrote: Here's an item that Charlie Horan shared at the WHS show-and-tell meeting on January 11, 2019, and donated to the Wenonah Historical Society. It's the program from Wenonah Athletic Association's First Annual Sports Dinner in 1965. There are a lot of familiar names on the three teams and among the advertisers. In 1965 baseball was the sport that the association was built around.

To read the rest of the program follow the link below to the PDF.