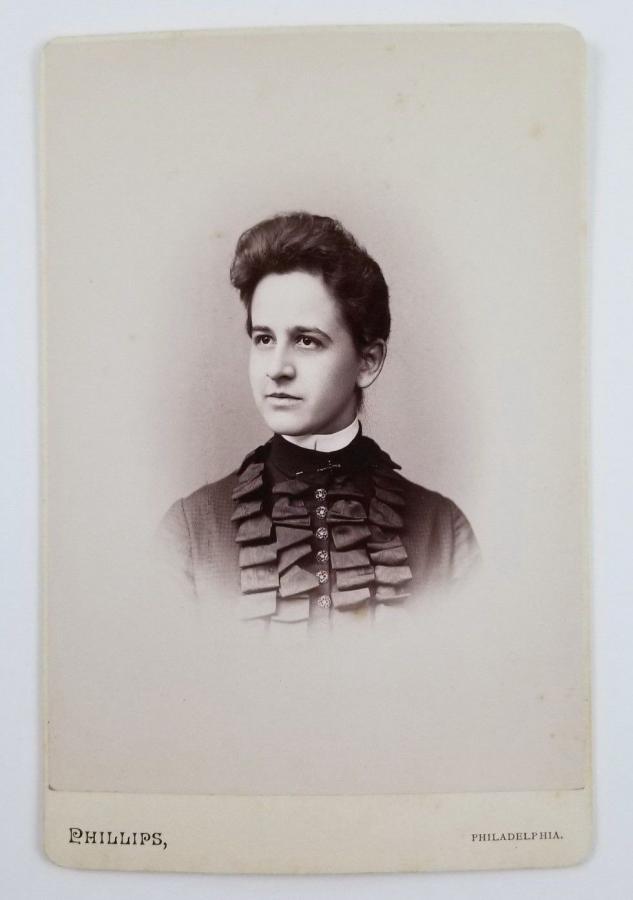 Who can tell us more about this young woman who appeared in the 1880 US Census for Wenonah? In that census she was living with her father and grandfather. You can click on the link below to see the Census page. I saw it offered on eBay.
https://www.findagrave.com/memorial/93864888/joyeuse-lennig-sweet

She eventually was the wife of the 23rd governor of Colorado, William Ellery Sweet. Read more about him at the links below. https://en.wikipedia.org/wiki/William_Ellery_Sweet
www.findagrave.com/memorial/6126166/william-ellery-sweet

Joyeuse L (Fullerton) Sweet was a graduate of Swarthmore College, class of 1888, A.B., and Cornell University, 1889. She was married to the 23rd Governor of Colorado, William Ellery Sweet.

A granddaughter of Joyeuse Lennig (Fullerton) Sweet was married in 1946. There is a resemblance there.