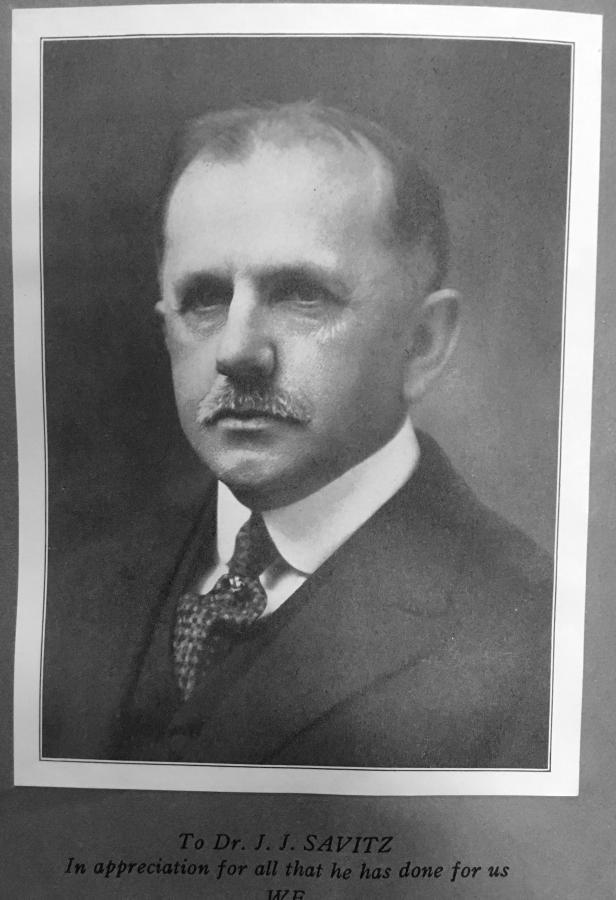 Savitz Hall was named after the university’s first president, Dr. Jerohn Joseph Savitz. According to Rowan’s website, Savitz was only considered president for two months since Glassboro was not a college when he started his presidency. He was originally the principal of Glassboro Normal School.

Savitz accomplished many things for the campus, such as increasing enrollment and the number of faculty, developing a sports program, beautifying the campus and lobbying the state to fund two dormitories, among other projects. His greatest accomplishment, however, was transforming a two-year school to a four-year teachers’ college. Savitz retired two months after being known as president, but was principal of the school for 15 years.

The family home was at "Pincmar," Wenonah, New Jersey.

In 1925 he gave the commencement address to the graduating class of the Wenonah school as you can see on the program we have on this site.

Sometime before he died in 1951 he moved to Westfield, NJ according to his obituary in the Philadelphia Inquirer which you can clue by clicking the link below.