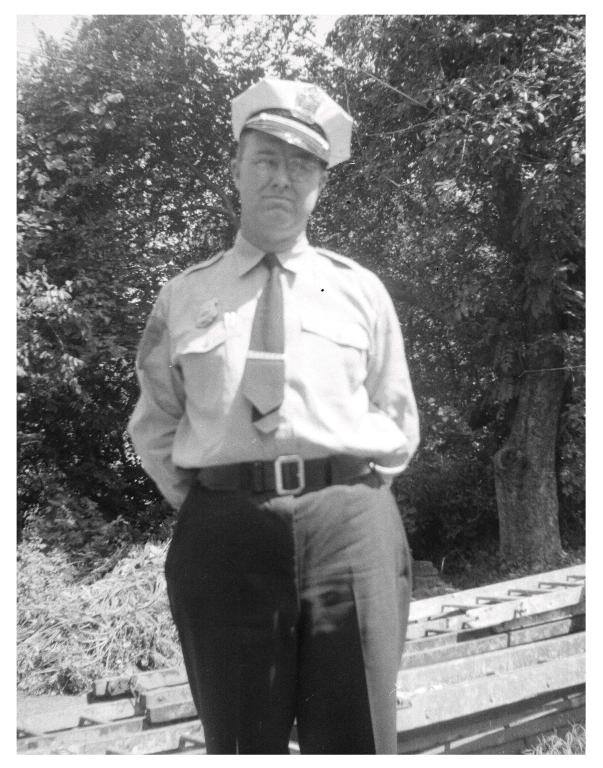 Jack Hain wrote, "You know you're from Wenonah if you remember when this fellow (my Dad) was Chief of Police and the big crime was running the stop sign in front of our house at Maple and Jefferson by Wenonah Lake!"

A newspaper article from The Camden Courier Post, Feb 13, 1954 is attached below. The text is also printed here.

Mayor William I. Conway said Hain would be on day traffic duty. The mayor has urged appointment of a day officer for the past two poice department which includes only one other full-time officer, Police Chief George Bowker, who is on night duty.

The Wenonah Woman's Club endorsed the move to appoint a new officer. Thomas McCord, vice president of the Wenonah School Association, appeared at the meet- in1' and said his group also has adopted a resolution agreeing with the plan.

Hain. a War II veteran, will begin his duties March 1, after adoption of the 1954 budget which provides funds for the added officer. Mayor Conway said.

The mayor also announced two local clergymen have volunteered for traffic duty on Wednesdays for school children who attend special church school classes in the community. They are the Rev. Robert B. Scott, Pastor of First Presbyterian Church, and the Rev. David Wilson, pastor of Wenonah Methodist Church.