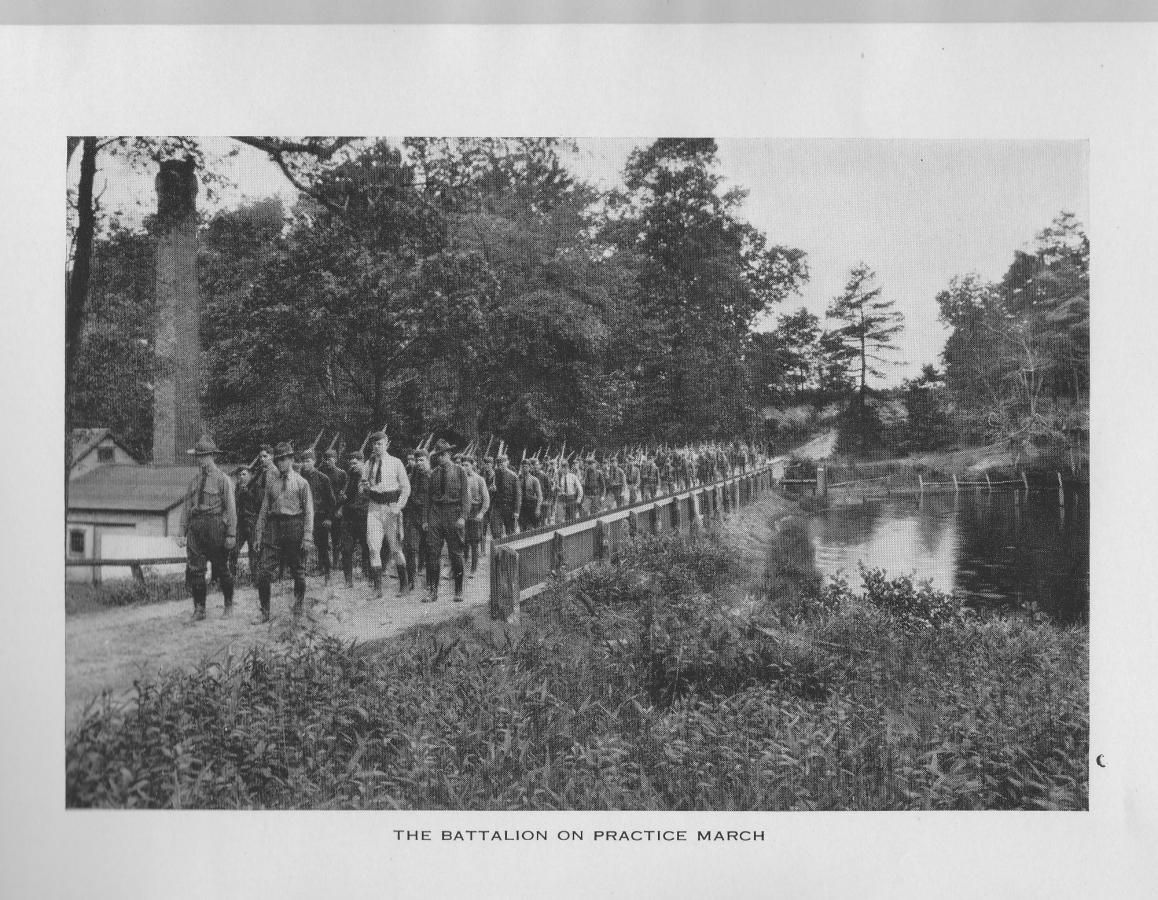 Undated photo of Wenonah Military Academy cadets on the march.

Dave Brangan replied:
Yes, the road goes uphill after the bridge to what is now Oak Valley.

Bob Thomas replied:
There was a mill at the site for quite a while, in fact that's why the dam was built. Surrounding the town plot was land which the
Mantua Land and Improvement Company rented for farming. Charles Buckman rented the former Dilks Mill which was now known as the Wenonah Mill and an advertisement notes that he could do “custom work of all kinds with care and despatch at short notice” including “fresh ground wheat and rye flour, corn meal, etc., of all grades.”

Once steam power became affordable many mills installed some sort of steam engine in order to be able to keep working when there wasn't sufficient water to run the mill. I do not know for a fact that the mill in Wenonah ever had steam but it is possible they did. Steam later gave way to gasoline powered engines in some mills.