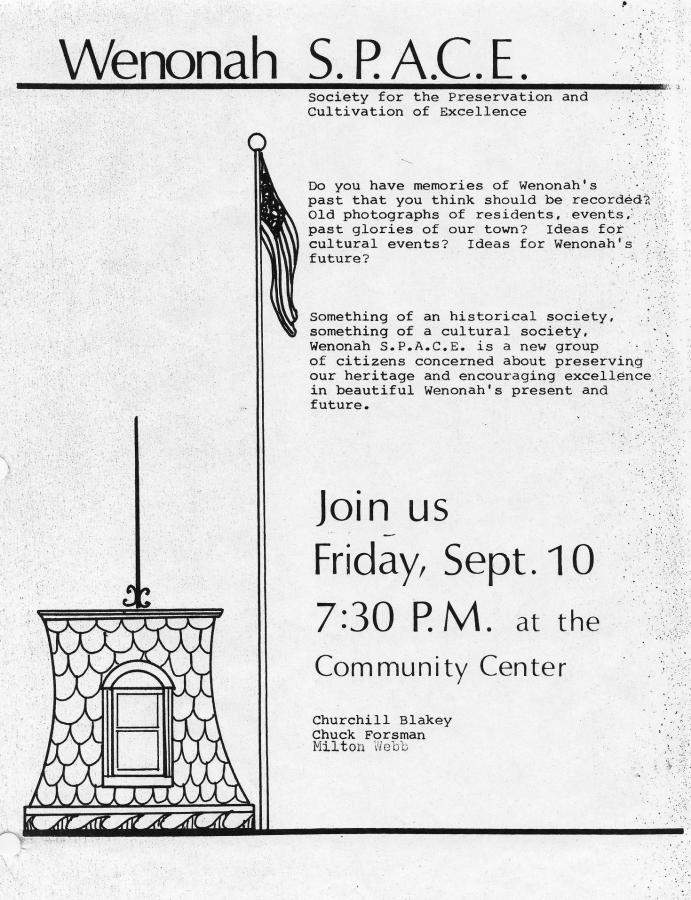 WHS HISTORY ... This flyer was distributed in August 1982 to announce a meeting to stimulate interest in creating an organization to preserve the history of Wenonah. The flyer was prepared by Chuck Forsman, Churchill Blakey and Milton Webb Jr., with the help of Elaine Goodman. In attendance at the September 10, 1982, meeting were Chuck Forsman, Churchill Blakey, Milton Webb Jr., Al and Elaine Goodman, Lucy Schulz, Connie and Willard Cowell, Marjorie Lentz, Linda Snock, and Rachel Knisell. The group agreed that the organization would be named the "Wenonah Historical Society" and meetings would be held on the second Friday of each month at 7:30 PM.