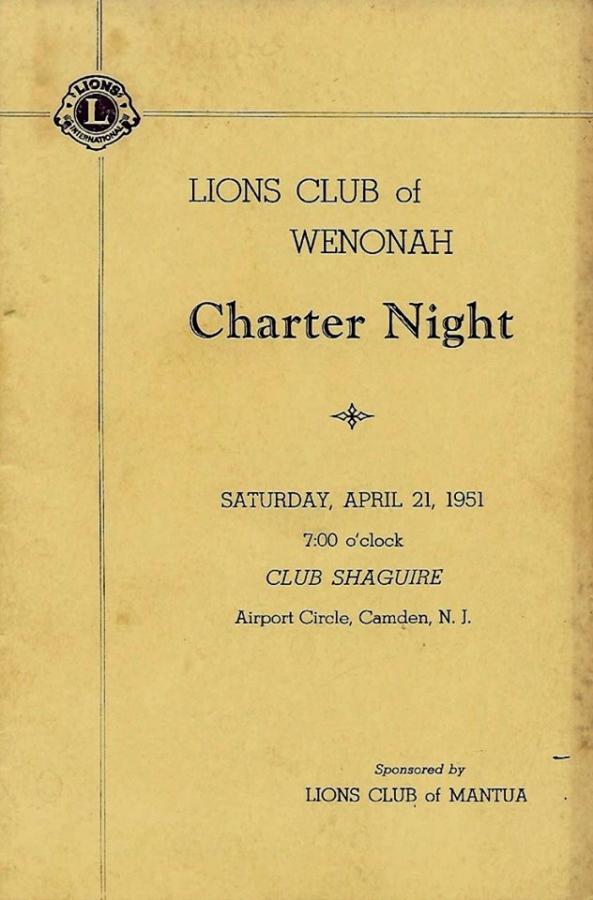 The Wenonah Lions Club (via Dave Ramsay) donated several items to our museum. Here's the first --- the program from April 21, 1951, when the organization was chartered in Wenonah.

Took a look in fultonhistory.com hoping to find a mention of the founding of the Wenonah Lions Club. No luck there but I did find a mention of the loss of a Wenonahian. Samuel R. Smith, who was on the Borough Council, a charter member of the Lions Club, and a member of American Legion Post. Notice of his sudden passing on April 10, 1958 was published in the Philadelphia Inquirer on April 11, 1958. I clipped out the notice and pasted it below. He was only 61 years old.

Also found this column by Bob Shryock about the Wenonah Lions Club and the 4th of July.