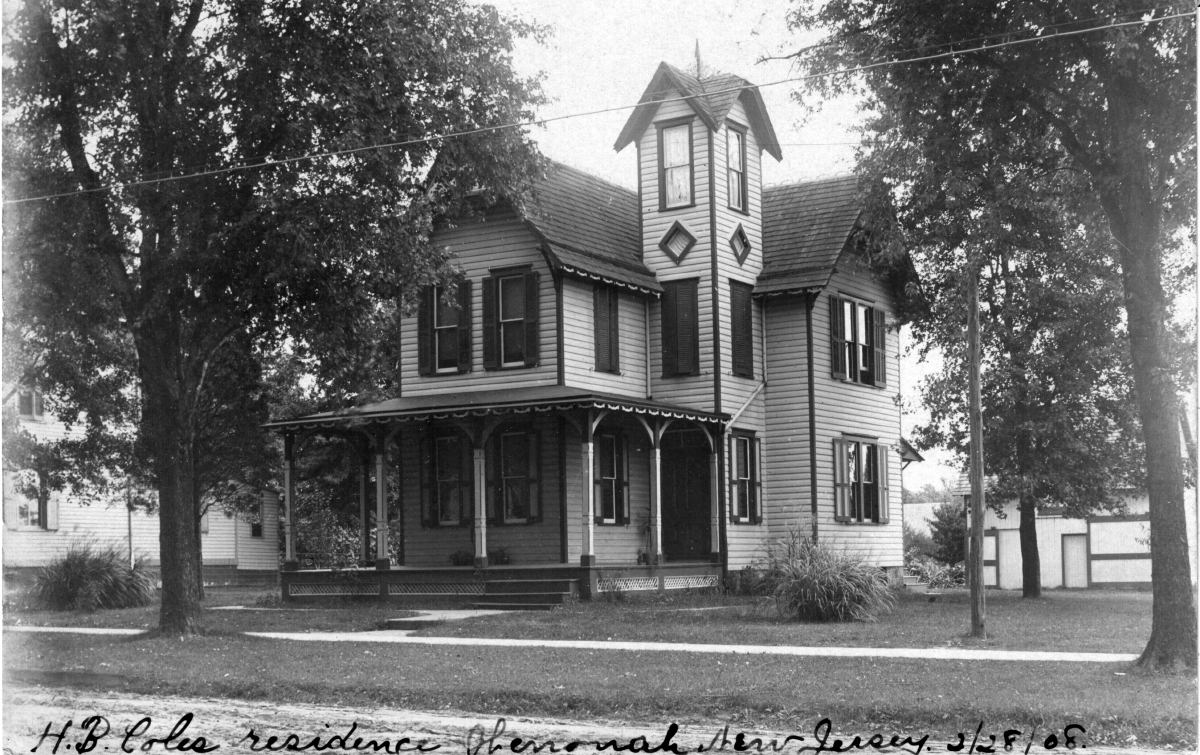 This house is listed as being built in 1885 by Thomas Randolph.

On the card it is listed as being the home of H.B. Coles with the back of the having a note saying the photo was taken in September 1907.

The house is still standing but the appearance is somewhat different because the "tower" has been shortened.